Laminex switches on to solar 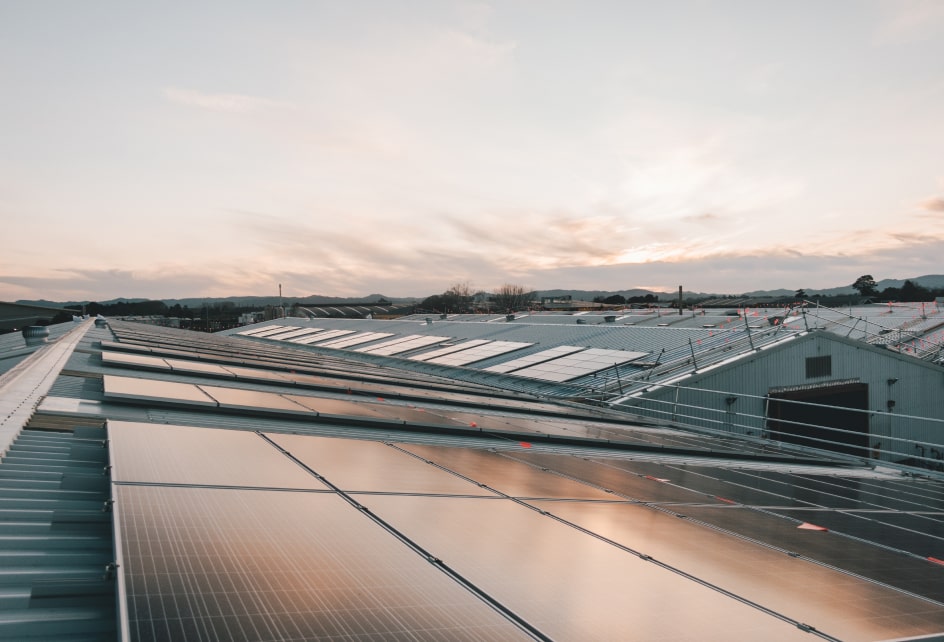 In September 2020, Laminex installed solar power at its Hamilton factory, joining the growing ranks of businesses that are following the sun.

At Laminex we are committed to improving the environmental sustainability of our operations, from manufacturing and warehousing through to our corporate offices. A core factor in our approach is adopting sustainable energy consumption – which is why our busy factory near Te Rapa, Hamilton, is now topped with 1362 photovoltaic panels. Covering 2724 square metres, it was at the time of installation the largest rooftop solar array in New Zealand.

The new solar installation, which can generate up to 524kWh of power, not only significantly offsets our carbon footprint, but also helps us hedge against recent volatility in the cost of electricity. It also feels good to be joining other Kiwi businesses who, like many homeowners too, are moving towards renewable energy.

The Hamilton factory, which runs 24/7, draws power from the grid in the evenings, but uses solar power during the daytime in the summer (and in winter when possible). During the day in summer months, the solar system generates more than 100% of the factory’s electricity usage and supplies the surplus energy to the grid. Through our solar panels, we have so far avoided over 600t of CO2 emissions since installation.

Down on the factory floor, monitors display the system’s performance. ‘We want to make the data available for our staff to see,’ explains plant manager David Miles, ‘so they can understand how it all works, rather than it just being something on the roof.’

Miles hopes to see Laminex shift some of its night-time operations to daytime to exploit the bounty of solar. There are plans also to to get a more detailed breakdown of the factory’s power usage in order to trim it further. ‘It will be interesting times ahead to see if we can be more efficient and get some power back on to the grid'.

Correction: In an earlier version of this article, it was stated that the solar system generates nearly 80% of the factory’s electricity use. This figure was based on pre-installation estimates; however, we have updated the figure to state that during the day in summer months, the solar system generates more than 100% of the factory’s electricity usage and supplies the surplus energy to the grid.