Modern Japanese: Going Above and Beyond for This Sushi Shop Fitout 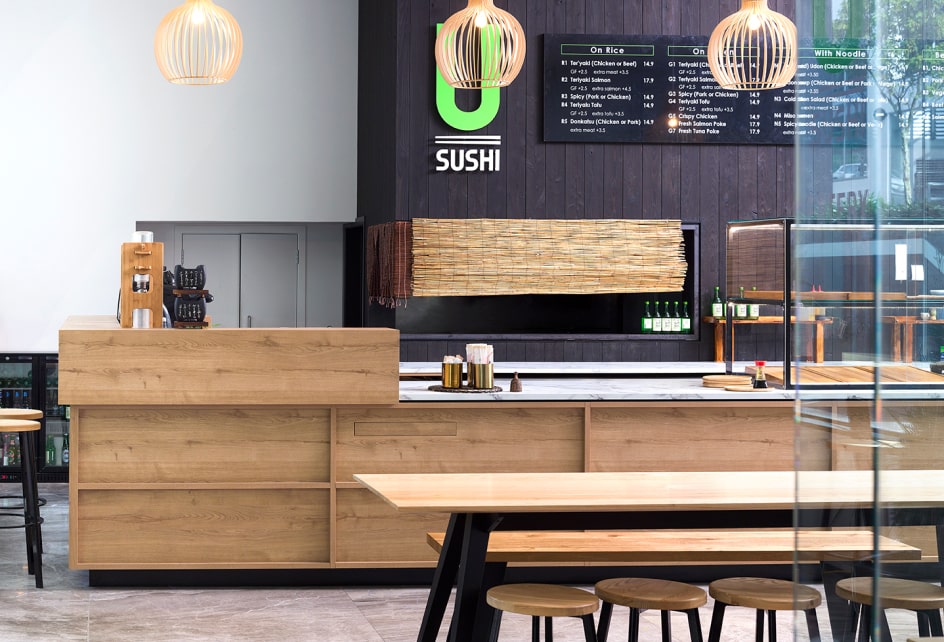 A giant wasabi-green U above a pair of wooden chopsticks provides a pop of colour in this sushi café where the menu has shifted up a gear and so has the fit-out.

Owner John Yoo, who has been in hospitality for 15 years, wanted to move beyond the ordinary for this outlet of U Sushi in Shortland Street in Auckland’s CBD. “People expect California rolls but we also make canapé-style sushi with toppings which are always popular on the catering side of the business.”

The fit-out needed to key into this inventive menu but also the location, where prime real estate for corporates nestles alongside galleries and chic boutiques.

Architect Logan Hooi of ASC Architects came up with the initial concept. “We wanted to keep the design honest with a charcoal-black timber wall as the anchor and everything flowing from there. We’d worked with Laminex New Zealand before and knew they had a great variety of products that would be able to lend character and uniqueness to the design,” he says.

Keeping the look simple but smart, the interiors team at Ministry of Architecture crafted a cost-effective urban eatery, built by Black Interiors.

The design hero of the space is a 7.5-metre serving island where the sushi creations are lined up in a spectacular show. Melteca Planked Urban Oak in Puregrain gives a warm finish to the front of the island and establishes a striking contrast to the black feature wall that mimics the ancient Japanese technique of Shou Sugi Ban where wood is surface-charred to preserve it. The choice of the oak-look Melteca ties in with other timber elements, too – the shared wooden tables and oversized pendant lights – its grain lending subtle pattern to the palette.

Battens, which divide the island into panels, provide some character within the contemporary space and transform the counter into an object of furniture, rather than a utilitarian slab. Easy to clean and scuff resistant, the Melteca balances function, form and the budget. “Melteca is such a well-known New Zealand brand that it gave me confidence to use it,” says John. “I know that it’s top quality and reliable but if something did go wrong it has a great warranty backing it.”

In keeping with the raw palette, the benchtops on the island and in the food-prep zone are Formica Carrera Marble 180FX. A blue-grey background and veined striations make a beautiful counterpoint to the timber. “Customers actually have to touch it to realise it isn’t real stone,” says John.

A matte finish ensures a look that is softer on the eye. Gloss would not only show up fine surface marks but bounce reflections around the space taking the spotlight off the food. “As soon as I saw the sample, I felt it looked pretty sharp compared to engineered stone. Plus the turnaround time of the Formica was quicker and I was in a hurry to open the doors,” says John.

John calls the serving bench a “masterpiece” – a visual feast that is equal to the show-stopping morsels that picks U Sushi out from the crowd. 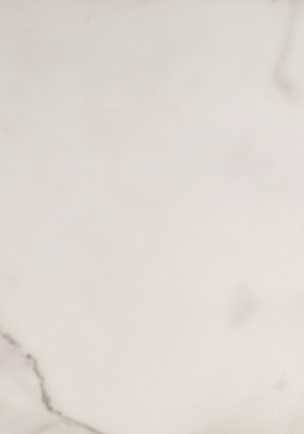 You can order a maximum of free samples in a single order.
$0.00